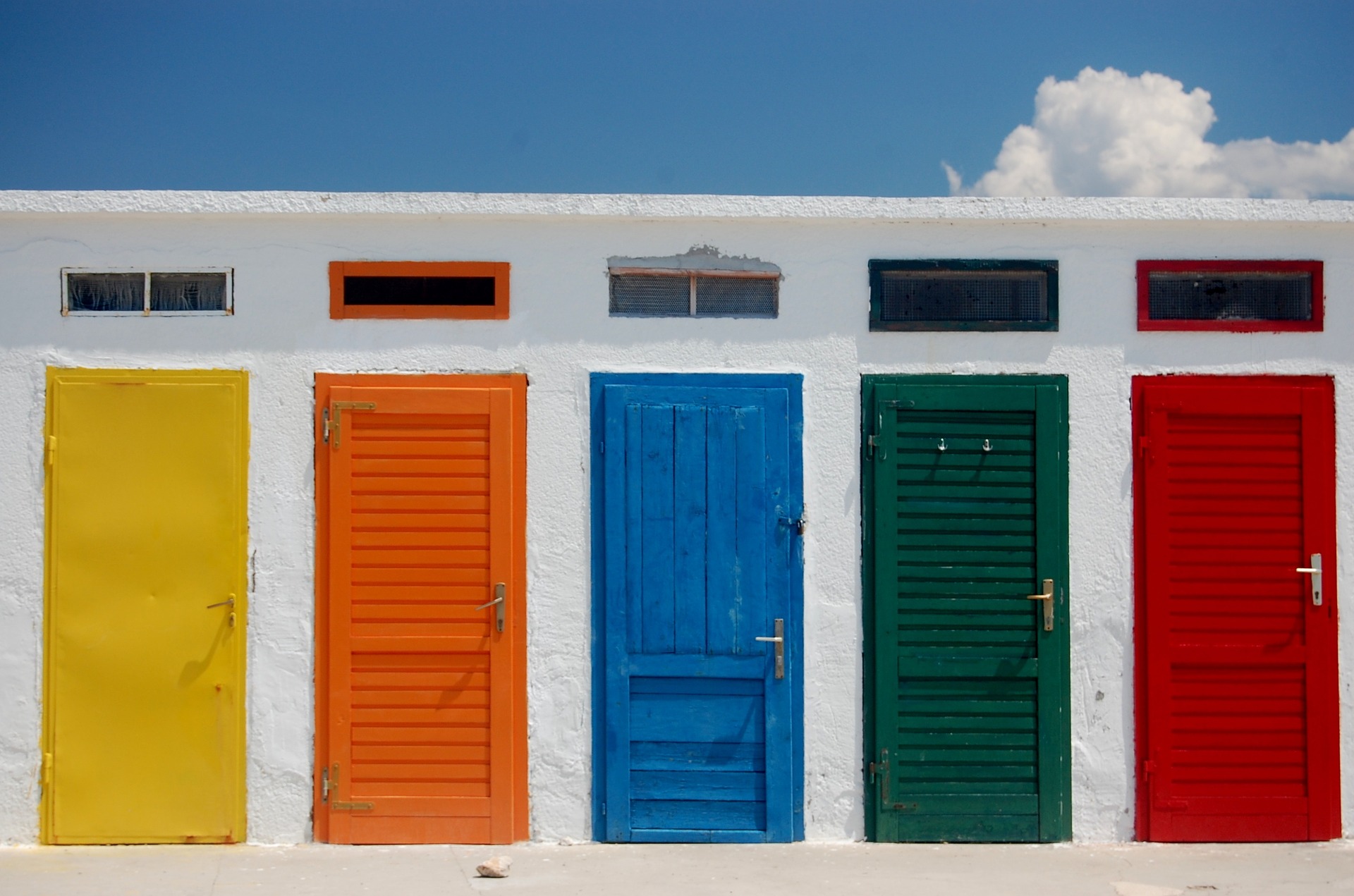 Have you either noticed that life is like a series of doors.

Things aren’t going well, doors get slammed in your face.

Want things to happen, it’s that old adage, waiting for doors to open.

Feeling stuck in your life, is like a door that is jamming, swollen and won’t close properly.

We all go through a series of different doors in our life.

Alexander Graham Bell said this quote; “When one door closes, another door opens, but we so often look so long and so regretfully upon the closed door, that we do not see the ones which open for us.”

How many times have you stood at a closed door, longing to go inside, hoping someone will open.

I have, many times.

I stood at a friend’s door once, in the rain and all alone.  You see I have left my home, not because I wanted to, just because I couldn’t breathe.  Each breath had become harder to take.  It wasn’t until sometime later I was told by a health professional that I suffered from Anxiety and that was a pretty standard symptom.

It was like feeling really hungry, yet when you ate, you couldn’t eat because you felt full and your stomach would be sore, like you have stuffed yourself at an all you can eat buffet.

That was my everyday.

It wasn’t healthy and it wasn’t cricket but it was real.   It started as an open door, as one door opened then another door closed.  You see, I had spent several months off work looking after an elderly family member, that I forgot to look after me, well me professionally, that is.

I needed certain credits for work and I was behind, way behind.  It was about to affect my livelihood.  I had worked behind the scenes with the Government office to review the courses required to obtain these credits.  So, to be honest, I assumed and wrongly so, that I would be given an exemption.  I had read the courses, commented on the courses, so unofficially, I had indirectly done the courses. Wrong. Door slamming sound insert here!

A few days later, I was standing in a queue at a different Government department and bumped into an old colleague, who was telling me how to pull off the credits in one weekend and at the same time you get to enjoy the time away.  You guessed it, the course was held over a weekend, just what the doctor ordered.  Did I mention he opened the door for me as we left?

I managed to get away with lots of negotiations and premade meals for the family.

Have you ever noticed how small an airplane door actually is?  Considering, it’s the only way in and the way out, and if push came to shove, in an emergency, I’m not sure if you could fit more than one person through at a time.

Another door in the plane, is the Pilot’s door.  Locked, no entry.  It’s all about trust.  Trust that the Pilot has had a good night’s sleep, trust that he has flown this route before, and trust that when he left through his front door that morning, he was ready to take on the world, or the passengers to the outback at least.

I guess I should tell you, but you have probably already figured it out, that’s right, I got the evacuation seat.   Sitting next to the emergency doors in the middle of the plane.  I was one of the designated passengers.  I looked at the door and thought “hmmm, help the passengers or just jump?”

Listening to the hostess read out the requirements of that seat, all I could think about was what if in that moment, in that emergency, I forget what she was saying, and I can’t open the door?

Too dramatic ?  Thank goodness Australia has some of the safest airlines in the world.  I didn’t need to worry about that door, I was too busy worrying about how to leave through my front door. The door, I have waited 2 years to open, 2 years to see inside and then less than 2 years later, want to close.

Act one and scene two … Door opens. Out the other end of this flight and through the next door in my life to the stinking hot outback.  What was I thinking!

Standing in the heat waiting for the bus.  I was thankful when the door finally closed behind the last passenger, I was mostly thankful for the air con.  43 degrees in the shade.

A bumpy ride to my next door.  The hotel door was heavy, like a front row rugby player, I had to drop my shoulder into the door whilst carrying my bags, just to pry it open. (no butler service helping with the doors out here).

When I closed the hotel room door behind me, I started to cry, god what now!

I didn’t know why I cried sometimes.  A sad movie, hormonal, was it the heat, maybe I was tired, or maybe just maybe, it was because I didn’t feel safe. Not because of the location, I mean in my life.

Again, what was I thinking.  I could run away, do a weekend course and pretend that life was fine. Chatting with fellow professionals, talking the talk, walking the walk.  Did they know, could they see the truth?   I just keep smiling and laughing, I had got good at pretending life was fine, who was I kidding, them sure, but not myself, deep down, I knew I wasn’t.

Maybe, I would miss that dinner invitation, it just felt safer, to stay behind a locked door.

My mobile rings, “Mum, mum, help me, I can’t, I just can’t”.    The weekend was over, and I had to get on that plane, it was the only way home.  “I’m sorry Madam, you will need to turn your mobile phone off for takeoff”.  What could I say, what could I do.  He needed me, and I wasn’t there, this time it was a car door.  The car door that was closed in his face as he stood and watched it drive off.  He was frightened, he was upset and what did he do, he went into my office and closed the door behind him.    I knew what I had to do, I got off the plane and stood on the steps, they couldn’t shut the door until all passengers were seated.  I didn’t think about the other passengers, I only thought about my son.  I felt helpless, so I called a friend and they opened their door to him to stay safe, until I returned.  It was the longest two hours of my life.  I was relieved when the plane doors opened, I jumped from the plane into my car and as I closed my car door, I thought this was an opportunity to change.

Some say “The door of opportunity is always open, but nobody bothers to push the door open”.  I was pushing and really friggen hard.  Just open already.

Standing at the glass doors on the balcony sounds like a dream come true and in the beginning it was.  Over that year I had begun to resent the glass doors.  People could see in, it wasn’t glamorous, it was no longer a wow but a why.

My life felt like a sliding door, it could have gone in so many ways.  If, I didn’t get on that plane and spend time away to make a decision that changed my life forever.

Open the alternative, the sliding door.

I would be still living in my miserable existence, in a house, that was no longer a home.  A house with so many doors, and most of those doors remained closed.  Shut away from the outside world.

My favourite door was the door to my New York apartment, it was where I felt the safest.   It was where I thought no negative could get in. boy, was I wrong!

I learned over time that others had entered through my door and tried on and gone through my personal things, opened my drawers and exited without any trace, through that same door.

Then there is the garage door.  It made this noise, when it opened and when it closed.  It was relatively quiet, yet it used to keep me awake.  I never felt safe until I heard it close.  It was almost like the release of emotional and being able to breathe.

Sometimes when I would sleep out of the house, I remember watching the garage door close every time I left, I remember the feeling of guilt envelop me, as I was leaving my boys behind.  And again, in the early hours of the morning, when I would return, when I knew the rest of the household would be asleep.

I sometimes would park my car on the street, and sneak up the back steps into my room, quietly opening the sliding doors, and thinking don’t wake up, please don’t wake up.  My heart would be racing.  I felt like a naughty child who was sneaking back into the house.  It had become my norm, my nightly routine.  It had become easier to leave then be abused. I found if I left, then my boys could hide in their rooms, until the coast was clear and one or all of them would message me. Mum it’s safe come home.

My favourite message during this time was Mum come home we need TP.  TP = toilet paper.  The next door in my life, the late night supermarket.

Courage is the key that opens the door to success.  Courage is what it took, and several days laying on the floor in the foetal position, to be told by a dear friend, to get up, get dressed and find a new front door.

That day I did, all of the above.   I got up, I got dressed and I put on my big girl pants and opened my car door, to find our first of many homes on this journey. This house was dubbed the mini mansion as it resembled the house we had left behind, just on a smaller scale with a beautiful large wooden front door.

Living in this home, opened several more doors in our lives, but more importantly, it opened up our hearts, and I was able to quietly behind my new bedroom door, regroup and lick my wounds.

So, don’t dwell in the past. You may miss the opportunity to enter the door of the future.

Tip for today:  Go knock on neighbour’s door or ask a friend, if you can pick some flowers, for you,  for your home, it’s amazing how it lightens your mood and how you feel good about yourself and your space.

I use a vase I purchased from Salvos, it was only $1.

Life is a journey it’s not where you end up but how you got there. Thanks for coming on mine. 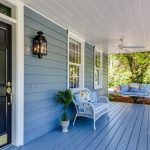 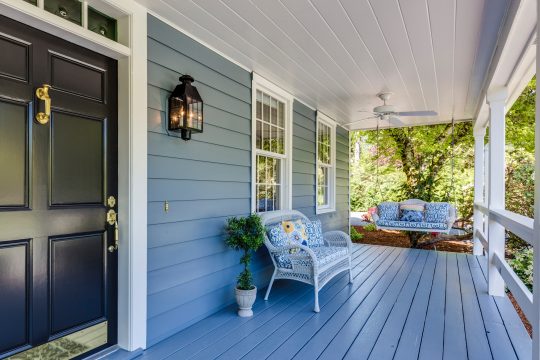 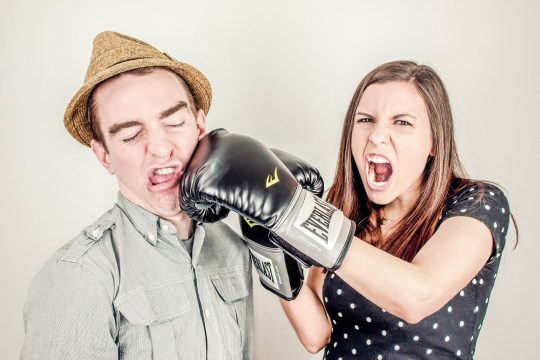 Who is right in an argument? 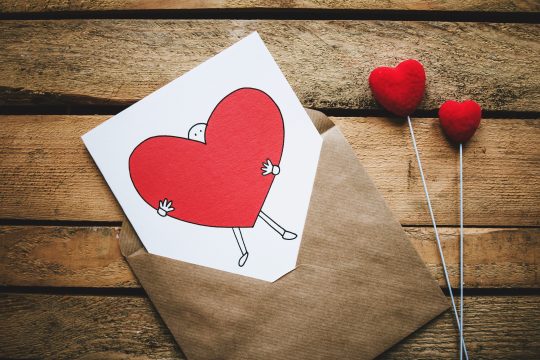